So I am in the midst of getting back on that horse. After a month away from my desk, I’m finally taking the plunge and here I sit. Back. In. The. Chair.

It feels good, mostly. I have missed my Herman Miller chair. I’d like to think it missed me, too, in its own way.

But the thing is that while I missed sitting here, I don’t miss the anxiety when it comes time to edit. By far the hardest part of the whole shindig, edits kick me in the gut every time. And on this book, it is no better than the last one.

Which is kinda surprising, I can’t lie. “Why?” you ask.

I will be truthful with you. Watcher was a rambling hot mess. Even after multiple edits and tear downs, it still was painfully awkward, hence, why I pulled it. I have to live with the nightmare that Neil Gaiman still has an original copy. If I am lucky, he will tease me one day about it, if not, well, that would almost be a bigger relief. That aside, it took a year of sitting on it, to stomach going back to it and ripping it apart some more. And in that painful process, I killed off 30K+ words and two major characters.

Which is the thrust of what I have to say next.

I learned big, painful lessons from that first book. The only thing that kept me going was the passion I had for those characters. And naivety and probably a hint of arrogance, too. But don’t get me wrong, those lessons, I kid you not, were like a million tiny papercuts all over my body and then being dropped into one of those dunk tanks filled with gallons of rubbing alcohol. Get the visual, right?

So when it came to Protector, I tried my best to learn from those mistakes. Cut down on over wordy descriptions, watch for narrative repetitions, keep that pacing tight, and whatever you do, stay away from new secondary characters. No really. Don’t do it. Remember Lamar Jackson? Or Amanda’s baby daddy reveal? Yeah, seriously, don’t even think about it.

The thing is I love characters like I like breathing. I like to inhale them, give them life, exhale them out nice and slow so that they come to life in a slow, glimmer. In my head, Tybee Island teems with all sorts of pedestrians from all walks of life. Each one has a story screaming to be let out. With all the noise in my head, some days, I’m surprised I get anything done.

But I wasn’t going to make that mistake again. Sigh. You know what’s coming don’t you?

I have inserted a secondary character, just the one mind you, that was going to play some serious havoc in Betrayer, the next book. I wasn’t sure that I really liked him, but he was creepy, and he had some odd physical attributes that would’ve stuck with my readers. And I’d just got done watching The Killing and was in love with Holder so that didn’t help either. I heard the warning bells, but I ignored them. It would be different this time. I would write him in from the beginning, slide him in insidiously into Paddy-life, make him stick, give him purpose. I swear that was the intention right up until I got to the first hot and heavy scene with Adam and Poesy and then it flew out the window.

I found that I’d written seven chapters and he’d disappeared off the face of the earth and like a complete idiot, instead of accepting that he was a goner, I went back and hacked him into a bunch of other scenes, punching that circle into that damn square like that made any sense.

Oh yeah, I made him work, but not work enough.

So here I sit almost eight weeks behind in my edit schedule , which I thought was going to be a breeze and now I have to rip him out and patch up the holes he’s left in the lives of my other characters. I’m not sure anyone will miss him except Haylee Jane, but the work is enough that I want to punch myself in the face.

I still sit here in my Herman Miller chair. But the work is just beginning. 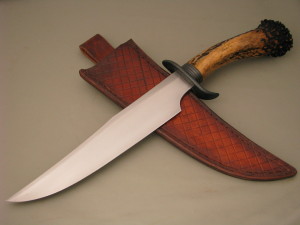