So, I’m back from New England. I’d like to say I’m relaxed and ready to embark on the gruesome journey that is about to come my way, but honestly, I’m not. I’ve got a million and one things going on and some are book-related and some are not. 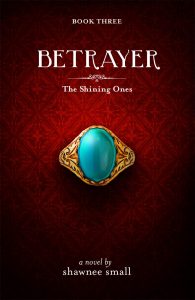 On top of that, I’ve come down with the lurgy and so I’m grumpy as all get out. Having to use your brain when you’re blowing your nose every thirty seconds is challenging to say the least. Right now, I’d give anything to curl up on the sofa with my kindle app and a cup of tea, and read for the next few days. But I can’t. I’m already behind on edits so like the good author soldier I am, I’m marching on.

I need a ranty moment.

I’ve been bogged down doing a hack and slash to the front end of Betrayer so I decided to take a break from that Herculean effort to do something I thought would be simple – take out a new character who didn’t show up in many scenes.

I guess I can say it now because he’s toast. Chad Rosen. He was supposed to be the cook for Joe’s new restaurant and a love interest for Haylee Jane. 5’11”, tan, athletic build with curly blond hair and a pair of mocha eyes that reflected his All-American boy personality. A kiteboarder by day. A chef by night. He was a good guy. And good for Haylee.

Now he’s gone. And he’s the second time I’ve tried to give Haylee a love interest. Matt S. got cut from Protector. He was the new waiter at Paddy’s before Katie entered the storyline as a bigger character. That’s strike two.

Will I ever learn? Probably not. I want Haylee Jane to be happy. I love that girl so much that I want her to have her moment. But she’s not the main character and there’s only so many subplots you can juggle at once.

Anyhow, I’m ripping Chad out left, right, and center. It’s surprisingly easy and I can see why my developmental editor told me to drop the unnecessary characters. He isn’t embedded into the main story arc so should be simple, right?

Um, no. There is a scene between Haylee and Poesy where his presence in Joe’s restaurant triggers a piece of dialogue that is crucial to the progression of their friendship. Without his presence, the scene makes no sense. Taking him out means that that dialogue has to happen naturally in another way. And that my friends, is difficult. Because for me, I outline the essential plot pivots way in advance. That’s partly to make sure pacing is better, but also, so they don’t get forgotten.

The thing they don’t teach you in writing class is it’s hard to slot that crap in after the fact. It never quite looks right like a chipped tea cup. Sure, you can superglue the chip back, but the edges don’t exactly meet up. It’s always a little rough, a little less refined. Crucial plot points work best when the work organically grows to incorporate it.

So that’s where I’m at. Trying to figure out how to extricate Chad without having to re-write giant hunks of this book to make up for his absence. Ironic, right? It’s not pleasant, and I don’t want to let you guys down. I want to get this book out this year.

I changed my mind, I’d rather have wine right now then tea. See? That’s the stress talking.

Anyhow being here isn’t helping my time issue, but at least I feel a bit better now. Back to the grind.