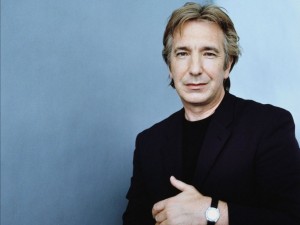 The universe is testing me. Or that’s what it feels like today. I’m a bit tired, stayed out too late at the Bowie tribute, woke up this morning with a slight edge, only to find out that Alan Rickman has died, too.

Of fucking cancer, too.

God damn it. Another one.

We can figure out how to grow meat in a petri dish, but we still can’t slay the monster that kills more than 1,500 people a day in the US. Cancer is the ultimate equalizer and while it may not be the Grim Reaper of the medical world, heart disease gets that slot, it comes a close second. If heart disease had a right hand man it would be cancer.

I’m tempted to continue to rant about cancer, but let’s talk about Alan Rickman instead.

There was a quality about Alan Rickman that is hard for me to describe – a certain gravitas about him that every time I heard his name, I couldn’t help but repeat, in a rather horrible English accent in my head, that he was an “actoooor.” He had that weighty, intellectual demeanor that spoke of his seriousness about his profession, that he could’ve just as easily fit in on the stage in Shakespeare’s time as he did in ours. If someone had told me that he was a time traveler from the 16th century, I would’ve been like, “Well, that explains it then.” 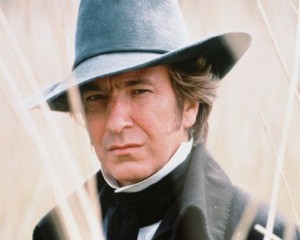 Alan Rickman was that whole Renaissance package: an actor, a graphic artist, a worldly-conscious patron. His brooding looks, deeply-seated voice, and elegant poise captured his audience, making him the perfect thespian, whether as the deliciously evil character of Hans Gruber, the complicated, tortured soul that was Professor Snape, or as Harry, a cheater who you wanted to shake, yet you couldn’t help but be sympathetic towards anyway. He could wear many hats and bring his gravitas to all of them equally.

I’m sorry to see him go. He was 69 years old, just like Bowie, which seems so young in this day and age, when we boast of cutting-edge science and top-notch medicine, when we can do things like grow protein in a bowl, or put a spacecraft on Mars. Life can be full of horrible juxapositions and vicious oxymorons. Whatever way you look at it, Alan Rickman died way too soon.

Farewell to you, sir.