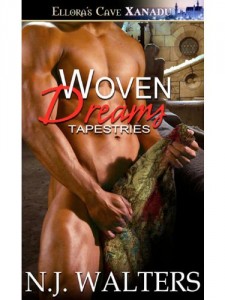 apologies to the author…I think

“I’m not talking about Lady Gaga – although to be fair, the tune is quite catchy. No, ladies, what I’m talking about is the surge in what can only be called appallingly-written-are-you-seriously-suggesting-that-someone-should-pay-money-for-this contemporary YA/NA/whatever the hell they are calling it these days ROMANCE.” – 2/27/15, me

That’s how I started this blog post almost four weeks ago. The irony of this post following one that I’ve written about Fifty Shades of Grey isn’t lost on me. It’s almost embarrassing, but when I’ve got to get something off my chest, there’s no stopping me. It’s a curse.

Normally, I have a lot of tolerance for romance. As a “girlie” girl, I have a soft spot in my heart for a little boy meets girl. Let’s face it: most of us have been there at one time or another: the thrills (and good sex) of a budding relationship, the bad boy that your friends all warned you about but you didn’t listen anyway, even the boy next door. We’ve all experienced love and heart break in our lives. Romance books, even so-so ones, take us out of our daily lives and remind us why we, homo sapiens, require love.

But the wave of horrible romance books that seem to have taken over Amazon, and I hate to say this out loud, but particularly in the self-pub space, is starting to drive me nuts. Like off the charts insane.

Rather than jeer and catcall from the peanut gallery, I have come up with a list of things that any romance writer should think about before even one word hits the page. Call it arrogance or altruism, either probably fits.

1) Give your heroine a “real” life – She had a life before he entered it, and I’m assuming she’ll have one if he leaves it, too. Too often, I have found myself wanting to toss a romance book across the room without even getting half way through it because it’s obvious that the only life that the heroine is going to have is one that involves him – every waking moment of every freakin’ day. That’s not sexy, that’s pathetic. We’ve evolved a bit in the last fifty years. Women can have more than a man in their lives.

2) Don’t make her a victim – This is similar to giving your heroine a life – also give her a backbone. Don’t let her be weak, she’s not a doormat. She is capable of making decisions and decent ones at that. Maybe not all of the time, maybe not even most of the time. But she has more than two brain cells in her brain and she’s survived up to this point, which has got to count for something.

3) If you’re going to give her a best friend, make it count – A best friend often acts as a foil in a book, bringing out the best attributes and sometimes the worst ones, in your main protagonist. I love best friends. I love my own best friend. Best friends work best when you put the time and effort into them in your book – they are nothing but irritating and annoying if they don’t add anything to the story. The number of times I’ve seen a best friend introduced into a story only to disappear until the end is more than I care to count. If you want to focus just on the girl on guy action – that’s fine. Just don’t subjugate us to an inferior character because you feel like you need more subplots. It’s okay to just say no.

4) You don’t need sex to be romantic – I just finished a romance book that had absolutely no sex in it whatsoever and it still grabbed me by every heart string that I had and made me cry like a girl. That doesn’t happen very often. Even now, I wish I could create a relationship like the one that was created in that book. It was a thing of beauty and was made even stronger by the fact that it was unconsummated. Sex doesn’t equate to romance. In fact, as an exercise, I think every romance writer should force themselves to write a romance story that doesn’t even have a kiss in it. If you can write a good romance story without falling back on the sex then you’ve achieved nirvana.

5) Don’t make him a cliche – He is muscle-bound, rich, has a fast car, and a god in the bedroom. He is so stunningly perfect that he is in fact . . . B-O-R-I-N-G. Don’t get me wrong, I like hot and rich alot. More than I should. And good in bed? A winner every time. But too good of a thing is almost always that . . . too good to be true. This is probably more to do with personal preference, but I like my hero to be flawed, the more flawed the better. I want him to have hang ups beyond “mommy-issues”. I want him to worry and be insecure and to do embarrassing things because he’s not perfect. And god, please make him funny. Why does he have to be serious and brooding all the time?

7) Older men can be hot, too – Why should young, strapping lads get all the fun? I love me an older, experienced hero who has the wisdom and the time under his belt to know his own mind. An older hero means he’s probably got more depth to him and more battle scars to give him character. I’m always surprised when I read a twenty-something man who acts like he’s forty-five. I find myself uttering things out loud like “There’s no way he’s twenty-eight,” or “What planet did he come from? No twenty-four year old has his shit together like that.” Older men can be just as hot – think John Malkovich or James Spader.

8) It’s okay if it’s not happily ever after – This is controversial, and many writers would argue with me on this point, but to me, a romance book is a voyage through someone’s relationship, it doesn’t necessarily mean that that relationship will end in a happily ever after. Some of the best romance books I’ve read didn’t end in the money shot – it ended by kicking you in the gut, with you screaming “Why, dear god? Why do you torment me so?” Those are not fluffy romances, I can tell you that for free. They are tear-your-heart-out-and-feed-it-to-you type of stories. They’re not for everyone. The point is don’t be afraid to pull your characters back apart. Even a brief connection was better than none at all.

9) Just because you think it’s a good idea, doesn’t make it so – This is more about writing in general and I hesitated on this last point because people in glass houses shouldn’t throw stones and all that. Not every book turns out to be a good one and while you might’ve put a lot of time and effort into it, know when to either re-write it big stylee or let it die a quiet death in your desk drawer. Get beta testers, join a writer’s group, get that thing out to as many people as you can before you publish it. Don’t subjugate the public at large to inferior pulp – you are not doing anyone any favors, including yourself and your career. Anyone can be a writer, not every book should be published. It’s a harsh reality, but a necessary one.