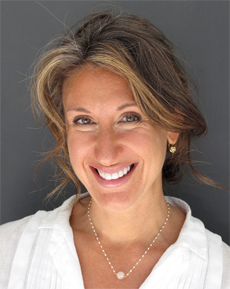 Once upon a time and several decades ago, perhaps even in a country far away, I was a web developer. In those days, I think you called us HTMLers or possibly web monkeys, maybe even new media people – you know those angsty people in black who smoked and bitched outside of some London pub about how slow people were to get on this thing we called “the web”. Sheesh, we didn’t spend all day hand coding those pages just so we were the only ones to look at them . . .

Anyhow, I was in my twenties living in London, wearing black, and working at what I can only describe (looking back at it), as an extremely wacky and creative new media house called Online Magic. Our first office was located in Kennington (not to be confused with Kensington), one stop from Elephant & Castle. We were all hipsters and oddly enough, surprisingly functional for a group of ambitious go getters fresh out of university. Even today, I still keep in touch with the majority of them through FB even though we’ve scattered to the four corners of the globe. But before I start to get super nostalgic and wax poetic about days of playing Quake and making desks, I’ll say that this is only meant to set the setting of what’s to come.

You see, anyone who’s lived and worked in London will tell you that you spend a lot of time on public transport. I mean A LOT. I didn’t live close enough to the OM offices to take a bus so more often than not I’d have to get the train to Waterloo, change for the Northern line (before the Jubilee extension) and make my way as best as possible to Kennington. That meant dallying in Waterloo station many a night waiting for that elusive Platform number to come up.

I’m not a patient person on the best of days so I would inevitably wander into the WH Smith’s kiosk under the pretense of buying a paper, but more often than not, perusing books that I had no business buying. This was in the days before Amazon where, God forbid, you paid full sticker price for a book. So on like £15K a year, books were a luxury that I couldn’t really afford when making a flat payment. That didn’t keep me from buying them, of course, and one of the first books I bought from WH Smith’s was Jane Green’s Jemima J.

Wow. I couldn’t get enough of Jane Green.

I think I literally bought every book she had through that kiosk, sort of stealth-like, but not really (you don’t get goth points for reading Jane Green). I was blown away, really. Here was something that had some of the elements of a romance, but had a fiesty yet realistically neurotic female protagonist. It wasn’t your grandma’s large print romance novels where some heroine’s pining away in the top of a god forsaken castle waiting for an overly aggressive Prince Charming. No way. This was a sassy modern working girl who had problems in love, which we all could relate to. Man, I ate that crap up.

And Jane’s success spawned a bunch of other authors to write books in the same vein, much like the ’90s version of Twilight. Between Helen Fielding and Jane Green, a whole slew of authors picked up on that best seller’s formula and ran with it and that’s how we ended up with the Chick Lit genre. (ed. – At least it’s not vampires, right?)

Well, recently Jane and I ended up being FB friends.* That’s kinda surreal in its own way, but what it ended up doing was making me very aware of how Jane’s early books had an impact on my psyche. I can even see that now as I try to make Poesy more accessible to a younger audience like I was when I first read Jane’s books, but hopefully not making her so neurotic that people can’t deal with her hang ups. It’s a fine line and I’m still learning. Trust me.

That aside, I wanted to take a moment to re-live my early Jane Green days and thank her in my own person way (through this blog) for keeping me entertained as I trudged through tube station after tube station and for making it okay to read romance again.

So Jane, thank you.

* It only takes one author friend in common to set off the whole six degrees of separation thing although sadly, Kevin Bacon is nowhere near this chain of events. I did go to UVa which may or may not count on that front.