I’ve got some good news and bad news. 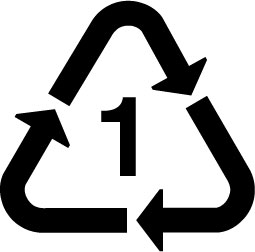 The good news is that I’ve got one chapter to go and the Protector draft is finished. It’s taken longer than expected (as it normally does), but 8 1/2 months later and we’re finally there. Phew. It’s been a crazy ride, 2012.

Now for the bad news. I’ve decided to pull Watcher down and hold off on launching Protector. I don’t know if this is a good idea or not, but after getting feedback from my editor on Watcher, I think it needs to be done. My current plan is to go back to Watcher and do some major re-writes – and I mean major – some characters may even disappear forever. I have mixed feelings about this, but I think my editor is right on some points, which aren’t worth going into here.

It’s an easy mistake to make as a new author. Everything seems so precious even after you hack the crap out of your original 128,000 word manuscript. The lesson here is that I should’ve had an editor in place a long time ago. I accept that mistake and am now going to remedy it.

It also means that I’m likely to query for an agent. I think it’s the right thing for me to do because I never queried Watcher. I never sent out even one groveling email to any agent to represent me and I think that was also a mistake. I like to do everything myself and so I was over-confident in my abilities. It’s hard to be everything every day and keep your sanity. I get that now. Sometimes it makes sense to have a little help. Indie authors everywhere are probably screaming at me right about now, but I need to be a scab even if it’s just for six months of trying. I may query and have no luck or I might get fed up, who knows? What I do know is that there’s no point to putting out Protector until I resolve my issues with Watcher – for this, I apologize to all of you.

And I’m also trying to do this: http://clarionwest.org/workshop

Pretty scary stuff, and I don’t know if I have a shot or not. Writing under pressure and on things that I’m not necessarily comfortable with is a wee bit scary. Plus, I’m pretty stubborn – I like to finish things before I start a new project, hence, the reason I haven’t started on my new book idea, which is gnawing out my brain right now. I’m stuck in the Watcher world for better or worse until I see the ending come true. I want Poesy and Adam, and hell, all of the Paddy crew to have the closure they deserve. We’ve come so far already . . .

So that’s my news.

I’m still around if you wanna talk and no doubt you’ll be hearing from me via here as things progress.