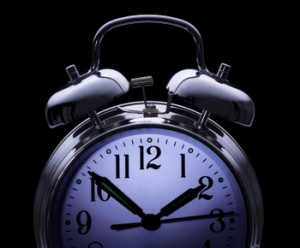 I wanted to find something clever to say, but instead I relied on one of my all time favorites, William Wordsworth.

See, I can get down with what the man is saying. Insomnia. It’s one of those things I’ve never had a problem with until recently. As a child, teenager, hell even in college, I was a champion sleeper. I was a light sleeper, but I could still sleep. A whole eight hours worth pretty consistently.

So it’s come as a bit of a shock that for some reason at 12:30AM on a Wednesday night I am languishing on the couch with the lights out and the white screen burning out my retinas as I write this. I can’t sleep. I’ve tried. I crawled into bed with Jon, read until 11PM while he gently snored away beside me. I thought “Hey, I should be tired by now. What gives? Do I need to take the drugs or no?” (by drugs I mean that over-the-counter sleeping med that often times can make you groggy the next day – you know what one I mean)

Then I thought, “Screw this for a bag of tin soldiers, I’m getting up.” There’s not point just to lie there and stare at the atomic clock thing on the ceiling. It just causes me to get more anxious as I watch the minutes tick by while I should be sleeping. No, I decided to get up.

And do what? Well, bug you, of course.

What should I talk about? I don’t really have my thoughts together enough to ramble on about the new book and just what I need to do right about now is give away all the spoilers for Protector, right? That would be just one more thing that would keep me up at night so instead I thought I would give myself some mock interview questions and try to be as witty as possible in replying to them. Hopefully I won’t give too much of Book One away, but I thought it’d be nice to delve into some of the things I know people are going to ask such as

1) There’s no way that Poesy didn’t have sex with Shell on the couch. It’s highly unrealistic to back down once they got to there, right?

Actually, this did come up for discussion when the book was being edited as Poesy being a bit of a c@*k tease. I have to disagree however. Have you ever had sex with someone you wish you hadn’t? Oh yeah, we’ve all been there. Have you ever gotten close to having sex with someone you shouldn’t and then backed out last minute? Funny enough, you’d be surprised how many people answered yes to that question.

Is it apparent early on that Poesy doesn’t have the attachment to Shell that he has for her. It’s almost an unconscious twitch. She cares about him, but caring isn’t loving. I think deep down inside she knows this from the moment Adam walks into the bar even though she doesn’t voice it until later. The bigger question should be is it really about Adam or could it have been any other stranger who walked in that night? Good question, right?

2) Holy doo doo. Now she’s kissing Birdie after the mugging. Man, is she getting around or what?

On this point, I really do have to defend, Poe. It’s like Andie’s Duckie. We all have one – that great guy friend who’s always been a friend and been devoted like a puppy dog. Don’t cringe. Seriously, these days there are so many lines blurred in friendships like that whole friends with benefits thing. Modern kids doing modern things. I think for Poesy it’s inevitable that things with Birdie would come to a head and that a moment of truly terrifying stress would push him into acting. Cause let’s face it, Birdie would bumble around trying to vie for her affections and never get anywhere, right? The mugging made it all very real for him so I’m not surprised he picked that moment. I have to give him some credit. He picked a real doozey. And he’s not the type to give up either. I think we’ll see some of that tension again between Poe and Birdie before it’s all over.

3) Please tell me more about Daisy the Wonder dog. Is she real and can I adopt her?

Daisy is real and she is truly a wonder dog. I’ve changed her name to protect the innocent, but she is real and beautiful and devoted. Just like I knew she would be. I’m afraid that she’s already taken, and even if she wasn’t, there’s already an orderly queue going around the building. Sorry.

4) How uncomfortable did you feel using the “N” word?

Very is the short answer. The longer one is that it’s totally Haylee. A strong beautiful black woman who has no qualms about some of her more colorful phrases and swear words. I love Haylee Jane to bits. One day I’d like to meet her.

5) Adam doesn’t come across as your typical hero. I’m not even sure I like him yet.

Is that a question or a statement? Adam is a complex creature (no pun intended) and because of this he’s a bit more complicated. After all, he’s been alive for, well let’s just say a long time, and when you live that long you have to ask yourself what does it all mean? We get so caught up in the minutiae of daily life that we don’t think a whole lot about what our place is in the universe. We are a mere tiny little fleck in the universe yet we think we are so important. What if you watch civilizations grow and be destroyed or pour love into something that will only end up dying? I’m surprised that Adam isn’t more morose than he is. He’s the guy who always tries to do the right thing – the right thing is hardly ever the easy path.

Wait and see. You might grow to love him. XO.